ca65 is a full-featured assembler for the MOS 6502 family of microprocessors, which powered such historic platforms as the KIM I, Apple II, Commodore 64, and Nintendo Entertainment System. It is a part of the popular cc65 suite of development tools for the 6502, which also includes a C compiler, linker, object dumper, etc. ca65 is designed both for direct use by assembly programmers and as the compilation target of the cc65 C compiler. ca65 is especially used by "homebrew" communities for the NES, SNES, etc.

The stock Vim runtime distribution includes syntax modules for several dialects of assembly, as well as a "generic" module (which is really for the GNU Assembler), none of which works particularly well with 6502 assembly conventions, and especially not with ca65's many added features. 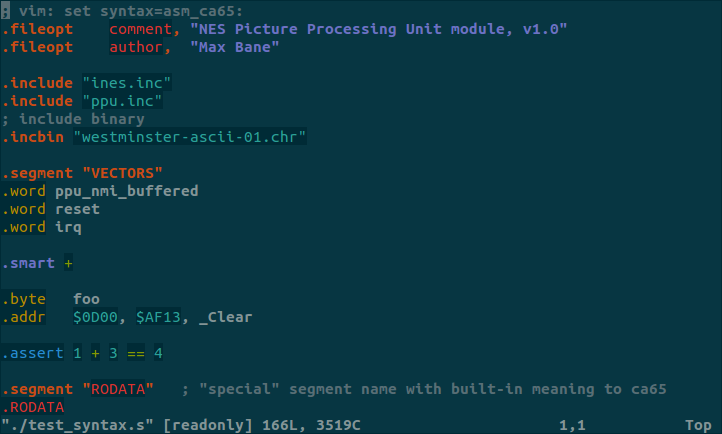 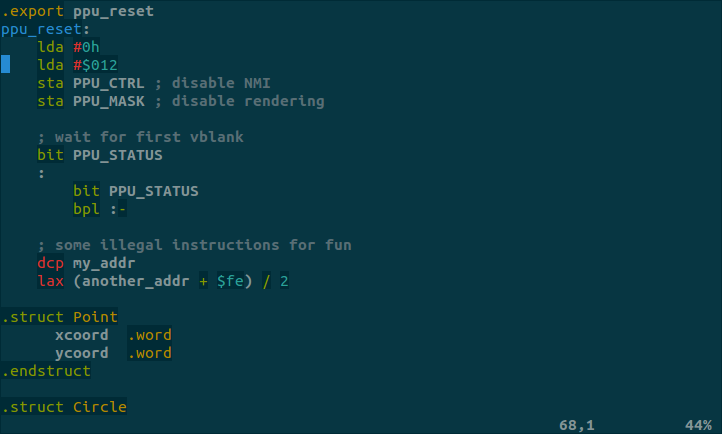 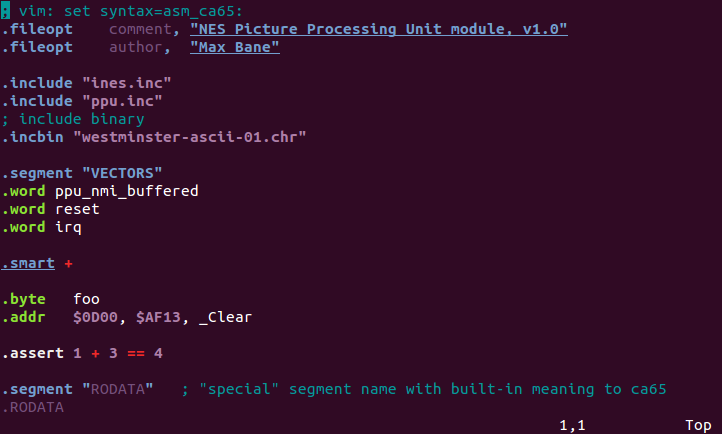 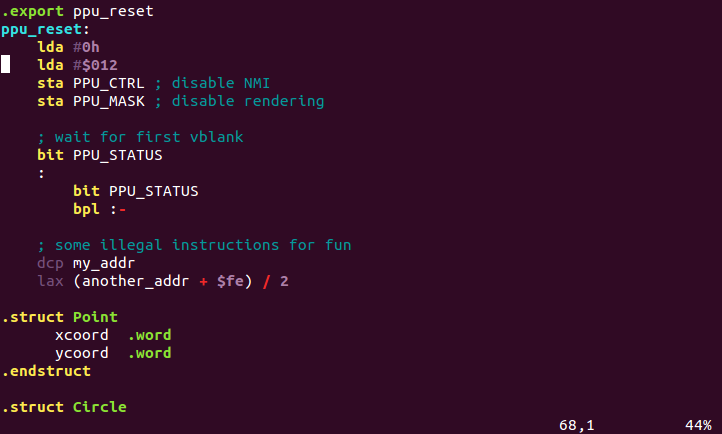